Schools Plus has now served our community since 1990!

Schools Plus is a partnership of concerned parents, educators, and community businesses that have come together with the shared belief that co-curricular activities are not expendable luxuries in the education of our youth. Rather, they are vital enrichment activities that help to develop qualities of leadership, teamwork, tolerance, and perseverance that are the foundation stones of civilized society.

By offering our young people continued opportunities to develop their talents, we help improve our community and assure a better future for those who will come after us.

A Message from our past President, Tracy Weitzenberg

“There is great momentum right now with the board of Schools Plus. We were thrilled to allocate $22,000 to each of Santa Rosa’s five high schools and $12,000 to each of our middle schools and Ridgway High. We realize the importance of our mission and continue to work hard for the students of Santa Rosa. What sets Schools Plus apart from other organizations is we are 100% volunteer driven, so every dollar we raise is going right back into our public schools’ sports and arts programs. We couldn’t do it without the overwhelming support from this community. What a wonderful city we live in!

I am honored to be a past President of Schools Plus, having grown up in Santa Rosa and benefitted from many extracurricular activities that helped shape who I am today. I attended Santa Rosa Junior High and Santa Rosa High School where I played volleyball and was a song leader. My husband, Todd, also attended Santa Rosa High and played soccer. Now we sit as spectators watching our two sons as they represent the Panthers in soccer, basketball, and baseball. The increased pressure on students today seems exponential, and there is a greater need than ever for them to have these important activities as an outlet to relieve this stress. With your support, we are setting up our students for success.

We look forward to watching our schools continue to improve with the support of this community and the efforts of Schools Plus. Please join us as we support Santa Rosa’s public schools. By volunteering your time, your resources or financial donations, our schools benefit greatly. We are all in this together! Here’s to a great year!”

Tracy is a past-president of Schools Plus and played volleyball for Santa Rosa High School.

Schools Plus is currently in need of Volunteers.

Join us and help make a difference in our community. Click Here to volunteer.

Please contact us with any questions you may have.

Schools Plus Endowment Committee is made up of community leaders, concerned parents, and businesses that serve the greater Santa Rosa community.

SCHOOLS PLUS BOARD MEMBERS NEEDED!

Contact Us Today and Become a Schools Plus Board Member or Volunteer!

We have a wonderful group of concerned parents, educators, and community members who comprise our Board and together we raise much-needed funds for Santa Rosa area school enrichment programs.

The commitment is a one-hour evening meeting once or twice a month and it’s a lot of fun. We raise funds for a VERY worthwhile cause, and you’ll be making a real difference in our community and in the lives of our children.

“The fate we impose on our children today shall be the fate of all of us tomorrow.”

Schools Plus is an all-volunteer group of Santa Rosa citizens whose mission is funding sports, music, art, drama and other enrichment programs for students in Santa Rosa’s public secondary schools.

Organized as a California, not-for-profit-corporation, Schools Plus consists of an operations board and an endowment committee. Both are supported by community businesses and by the city government. We operate without any paid administrative staff.

“The world our children inhabit is so different, radically so, than the one that we inherited. An increasingly open global economy requires — absolutely requires — that all of us be better educated, more skilled, more adaptable and more capable of working collaboratively. We must not forget that no nation can remain great without a truly well-educated people. No nation can remain good without transmitting the fundamental values of a civil society to each new generation. No nation can remain strong unless it puts its young people at the forefront of its concerns.”

Since 1990, Schools Plus has allocated over $4 million to Santa Rosa’s public schools for sports and arts programs, making a positive, collective impact on more than 15,000 students annually.

In late 2010, when the Santa Rosa School Board announced the elimination of spring high school and middle school sports for 2011, in concert with City Schools, we doubled-down on our mission to guarantee spring sports would not be eliminated, that the current generation of students will have all the opportunities of past generations. This is the third time Schools Plus, in partnership with SRCS, has been instrumental in saving high school sports in Santa Rosa, thus saving the North Bay League.

Schools Plus has faith that Santa Rosa will not allow this to happen. As we move forward, we’re proud to introduce to the community our new and expanded board of directors.* This all-volunteer, blue-ribbon group is committed to sustained efforts to save high school and middle school sports for as long as it takes. Please note that through the entirety of our twenty-two (22) years, fifty percent (50%) of funds raised have always gone to art and music programs in Santa Rosa’s public secondary schools. 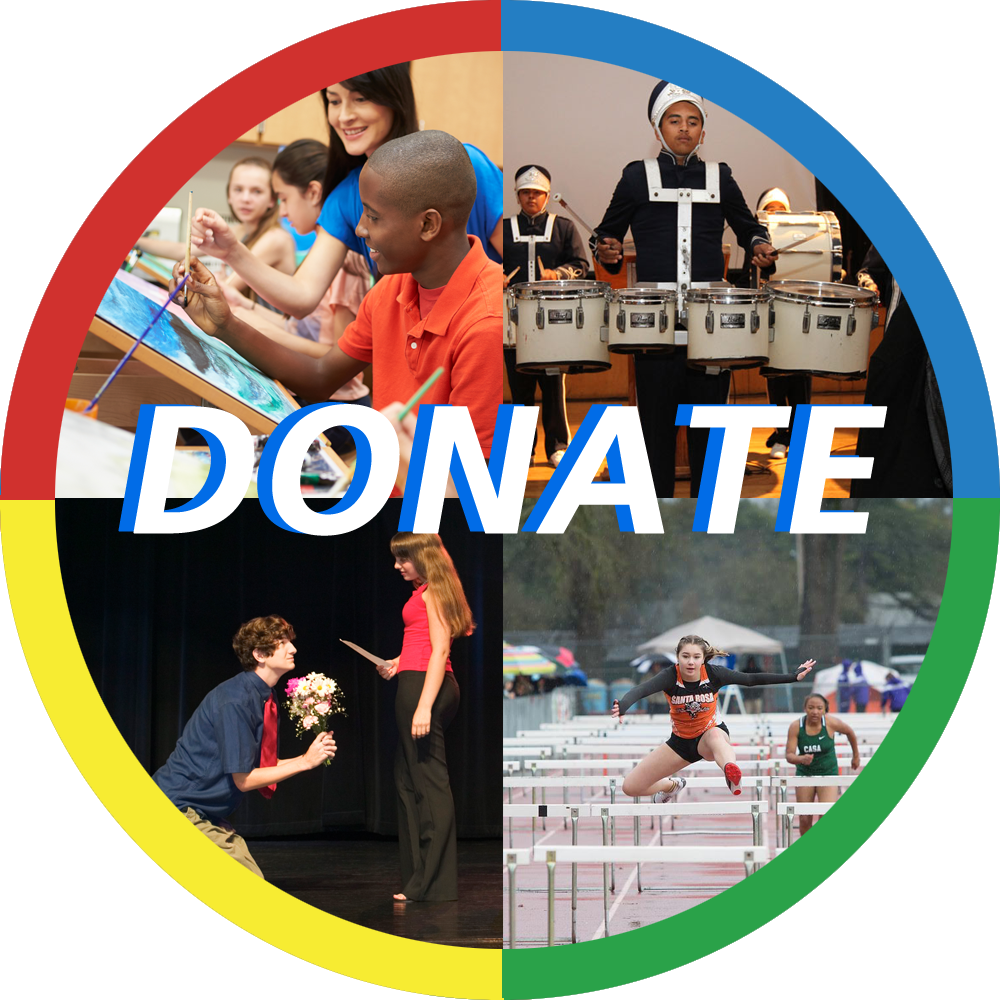 "Let us think of education as the means of developing our greatest abilities, because in each of us there is a private hope and dream which, fulfilled, can be translated into benefit for everyone and greater strength for our nation."